Many small companies lack an accounting department and the means to use complex electronic payments technology. New York City-based sound studio, Silver Sound, uses Melio to get paid quickly and seamlessly by its clients, and also to pay its independent contractors.

Silver Sound is an Emmy award-winning sound studio and team of location sound mixers founded by three filmmakers and has been a staple of the New York filmmaking scene for over 15 years. Its clients range from HBO, VICE, and ABC to Google, Spotify, and the New York City Ballet.

“We do traditional sound design and mix for film and television,” says Cory. “We do ambisonics and binaural sound for virtual reality and gaming. We do fine art. We have two state-of-the-art recording studios and mix stages. We recently started doing full production for original podcasts. We really do a little bit of everything audio-related.” 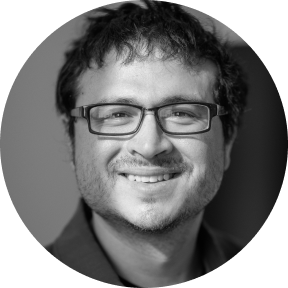 “Melio has made it very clear - you care about all of your customers. We're not the smallest customer but we're not the biggest by any means and Melio treats us like we're just as important as any other company .”

Silver Sound is a small company without a large accounting department. “We really relied on people paying us on time, and that's come back to bite us a couple of times,” says Cory. “It's very hard, particularly with checks. We always hear: ‘The check is in the mail. Oh, the check went to the wrong address. Oh, you know, we wrote the wrong name on the check.’”

Silver Sound desperately needed an electronic payments system but many of the solutions they looked into were complex and charged a fee for ACH bank transfers.

Silver Sound was immediately drawn to the simplicity of using Melio, both to get paid by its clients and to pay independent contractors.

“As soon as we started offering electronic payments, our deadbeat customer percentage went down by 50% in one month. I mean, it was just stark,” says Cory. “It got us paid faster and our clients were happier.”

Silver Sound was also impressed by Melio’s customer support team, noting they were very patient and always seeking to fix any problems that might arise. “That's not something I get with Melio’s competitors and believe me, I've tried some of them because I was curious.”

Working in the film industry requires working with many independent contractors and Silver Sound pays them with Melio. Cory explained that he asks the contractors he works with to sign up for Melio. Then, they can send him an invoice, which he quickly pays. He estimates that he has signed up at least 75 new users for Melio.

“They don't have to wait for our bank to send them a check, which takes 10 days from the time we submit, and sometimes gets lost in the mail, particularly during the pandemic,” Cory said, noting that last month he received a check in the mail that was dated April 2020.

Melio also makes it much easier for Silver Sound to accept payments by credit card. Whereas before, the company had to pay card processing fees, with Melio, Silver Sound can allocate those fees to its clients as part of their package. “This allows us to say in a way that clients don’t see as offensive: ‘Hey, there is a fee. If you want the convenience, can you please pay for it?’” says Cory.

Melio has saved Silver Sound three hours per week in time spent on making payments and reduced the amount of time it takes to receive payments by five days per transaction. The company also saves about $17,500 annually in credit card processing fees for payments received from its contractors.

Join the thousands of small businesses across the country who, like Silver Sound, are saving time and money by managing their payments online with Melio.
Start now free